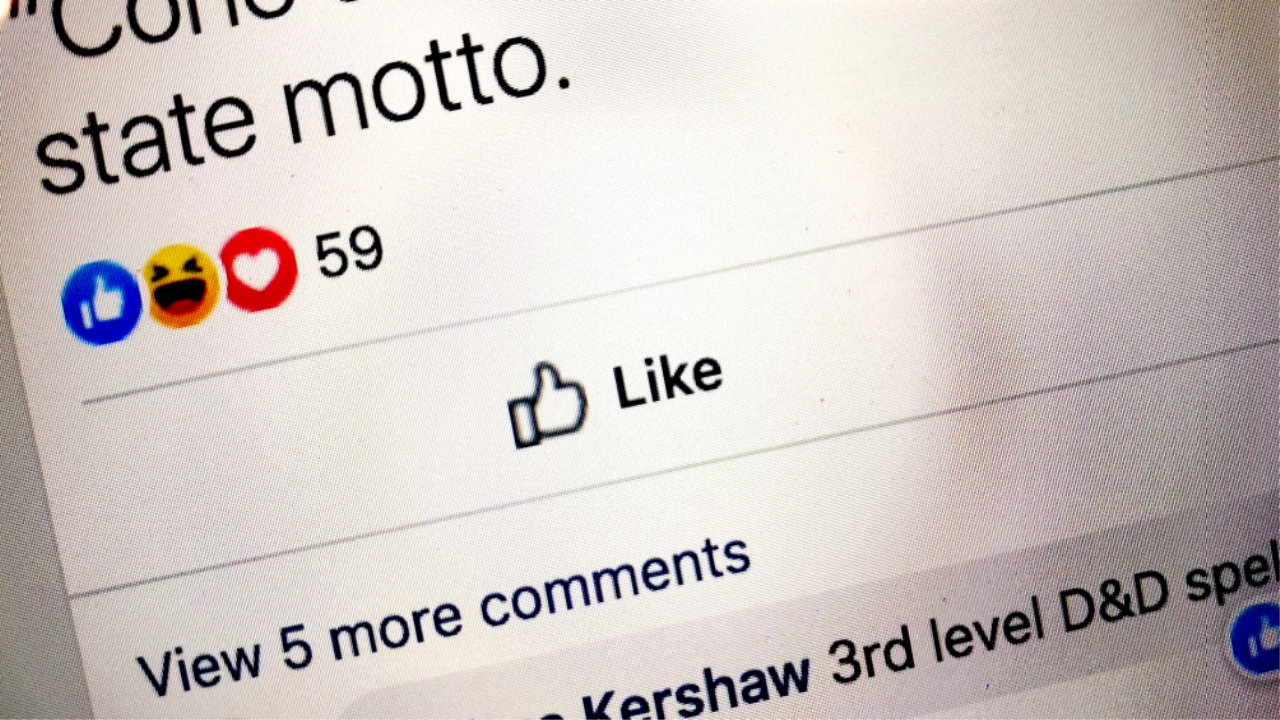 The total likes and reactions a post receives will reportedly only be accessible to the post's creator. Followers will see if their Facebook friends liked or reacted to the post.

Facebook has been prototyping the feature in its Android app, according to Jane Manchun Wong, an independent developer and privacy researcher. She spotted the code for the test feature while reverse-engineering the app.
The total likes and reactions a post receives will only be accessible to the post's creator, according to Wong. Followers will see if their Facebook friends liked or reacted to the post, but will not see the total count.

At the most, Facebook will only give viewers of the post a full list of which users liked/reacted to a post. So to find out the total count, viewers will have manually count up all the likes/reactions and then do the math.

Facebook-owned Instagram has also been testing hiding like counts from public view. "It's because we want people to worry a little bit less about how many likes they're getting on Instagram and spend a bit more time connecting with the people they care about," Instagram chief Adam Mosseri said in April.

Facebook first debuted the like button in 2009 as a way to let users show how much they enjoy a piece of content. Indeed, it can be exhilarating to see that your personal photos and posts receive dozens or hundreds of likes. However, some research has found that the same function can also be bad for people's mental health when users substitute real-life interactions with friends and family with superficial Facebook likes.

The total like/reaction count on a post can also induce feelings of anxiety for users creating the content, and paves the way for a "depressing popularity contest," Wong said.

"Experimental features could come and go. But I am certain hiding the public like counts will be beneficial to the digital wellbeing of a large chunk of users," she added. However, Wong also acknowledged that hiding the like count might cause some users to look elsewhere to get public approval of their posts, driving down activity on Facebook.

Facebook told CNBC the company is indeed considering hiding like counts, but it did not say if or when it'll test the features publicly.