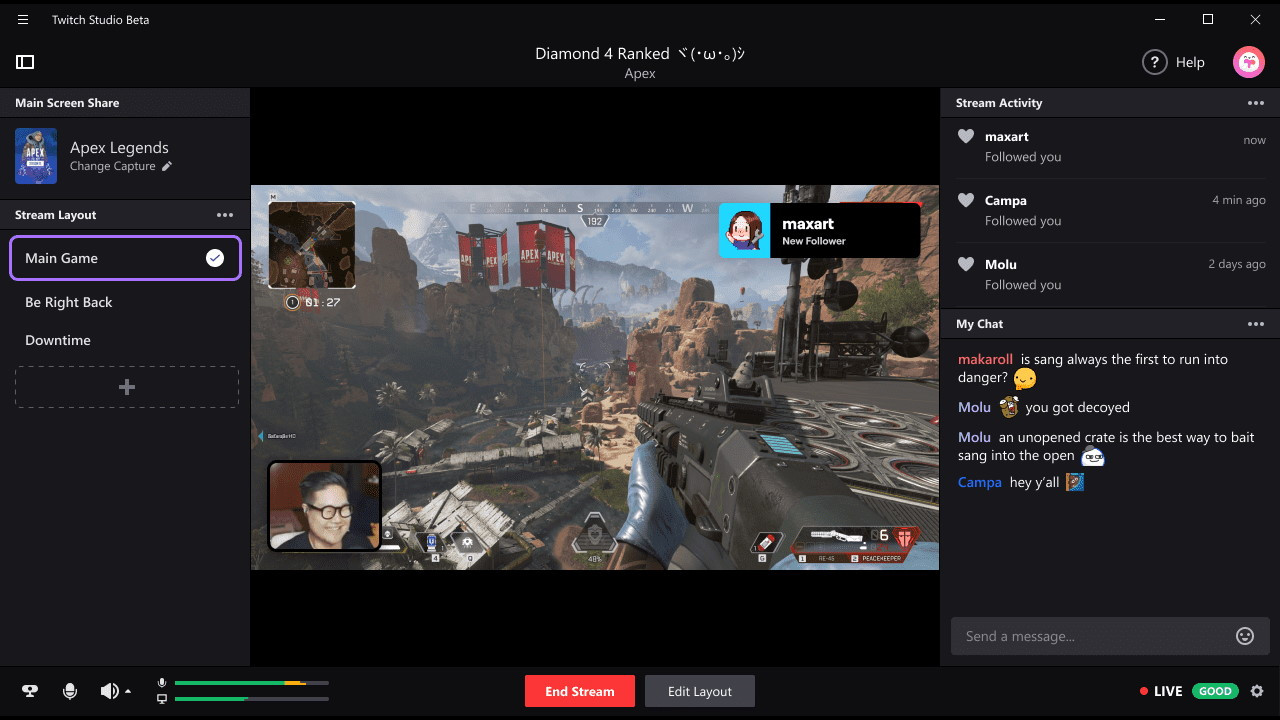 Twitch Studio is currently in beta, but once ready for prime time it means streamers won't need any other software to get a stream up and running.
Twitch wants/needs people to stream content as often as possible, so it decided to make the act of streaming easier by launching an all-in-one solution called Twitch Studio.

As The Verge reports, the closed beta of Twitch Studio launched this week and it aims to remove the need to use any other software in order to get a stream up and running. At the same time, it will integrate a number of features specific to Twitch which will "make it easy to engage with your community."

According to Cheng Cheng, director of product management for the creator experience at Twitch, "We've been listening to our users give us feedback, talk about their experience, how they started streaming, how they progress ... And one really consistent pain point was that multiplayer entertainment is really fun, it's really engaging, but the bar to really get started is quite high."

For a streaming setup you typically need to select a good microphone, headphones, and webcam, but also figure out what software to use to broadcast the content you sit alongside on the stream. A popular choice is the free-to-use OBS, but several software options exist. With Twitch Studio, Twitch is aiming to remove the pain of selecting and configuring broadcasting software with an alternative solution that configures itself around your hardware setup.

For now, Twitch Studio is aimed squarely at new streamers who want an easy route on to the Twitch platform. Existing advanced options, for example XSplit, certainly offer a lot more for experienced users, but I suspect Twitch Studio will continue to be improved upon and eventually push the premium streaming solutions out there to offer more to make them worth paying for. In other words, Twitch Studio is great news for streamers and the tools they use.