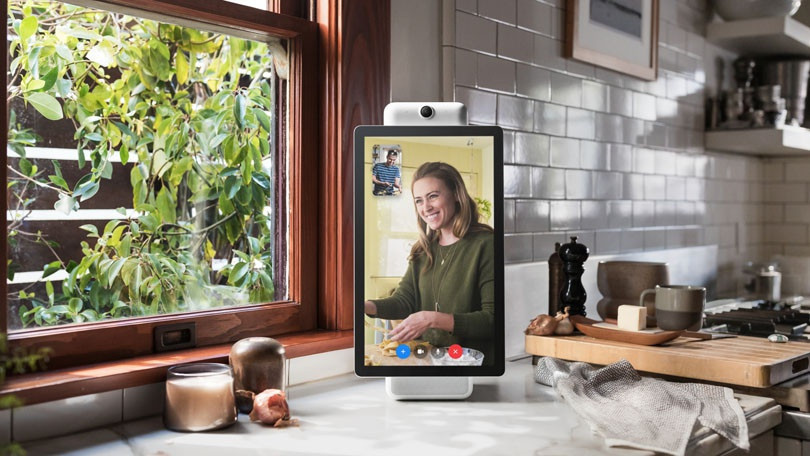 Speaking at the Code Conference stage, Vice President of AR and VR Andrew Bosworth said that the Portal devices will have new form factors for a 'whole new generation of hardware.'

Facebook's Vice President of AR and VR, Andrew Bosworth, has said that the social network will be bringing out new versions of Facebook Portal this fall, adding to the ever-growing range of smart devices out there.

As reported by CNBC, Bosworth said that there will be "a lot more that we're going to unveil later this fall, new form factors that we're going to be shipping," when speaking at the Code Conference stage in Phoenix. Bosworth went on to say that there is a "whole new generation of hardware coming out," especially for the home, and that Facebook wants to focus on "human connection[s]."

While Bosworth did not give more details about the design, TechCrunch hypothesised that it's likely this will be the "Ripley" camera device that could plug into televisions, thereby removing the need for a dedicated screen, but also placing Facebook in the centre of the home. Although, Facebook's reputation for data breaches and privacy violations means this may not be very appealing to the mass market.

With Bosworth's comments focusing on the home, it's possible that the new Portal will include integration with other Internet of Things devices, therefore making it a control hub for family smart devices.

The first-generation Portal devices, which include a standard version and the larger Portal+, were brought out to compete with the Amazon Echo Show and the Google Home Hub, tying into Facebook's ecosystem for messaging, photos, and video chat. At that point, Facebook had not made movements to integrate Messenger, WhatsApp and Instagram into a unified format, but it's possible the new Portals will capitalize on that. At the end of April, Facebook brought WhatsApp support to its existing devices, along with the ability to add photos from Instagram to the display.