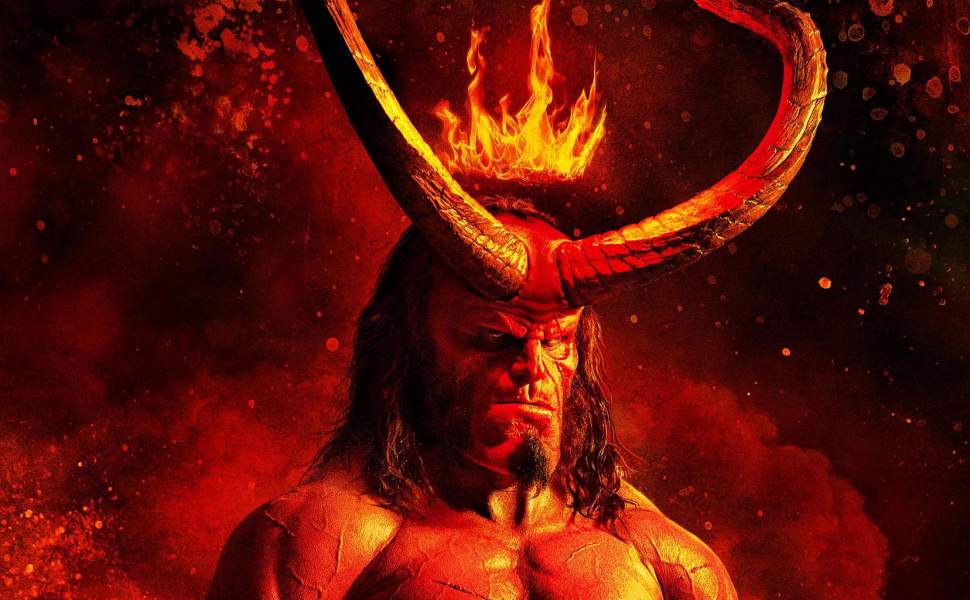 Crafting the perfect movie trailer is hard work. There must be enough intrigue to get the audience excited while not revealing too much about the film’s plot points and key moments (even then, things don’t always work out perfectly). Because of the sheer volume of new movie trailers being released in a given week, we’ve taken the liberty of rounding them up and separating the good from the bad for you. Check out the latest must-see trailers below, whether you’re looking for action, horror, comedy, or something else.

It probably goes without saying, but we’ll say it anyway: Spoiler alert! Tread carefully, friends. (Note: All release dates are for the United States.)

The involvement of The Descent and Game of Thrones director Neil Marshall in the Hellboy reboot suggested that the franchise was going to head down a darker path in its latest incarnation, and the latest trailer for the R-rated film certainly doesn’t challenge that notion. While it’s got plenty of laugh-out-loud funny moments, the trailer also showcases the grim-and-gritty side of the reboot, which harks back to the property’s comic book roots. David Harbour continues to look like the only actor who could possibly handle the Right Hand of Doom after Ron Perlman, and we couldn’t be happier about it.

Topher Grace (yes, the BlacKkKlansman and That ’70s Show actor) is a huge Star Wars fan, and he worked with editor Jeff Yorkes to condense the entire 10-film (so far) saga into this five-minute trailer titled Star Wars: Always. It’s actually kind of brilliant in how well it conveys the main narratives of the series through all of the films up to this point, integrating the original trilogy, prequel trilogy, and spinoff anthology films into a single, coherent story. We still prefer watching the full franchise — preferably in our favorite viewing order — but this trailer is a great recap of the story so far.

Whether it’s the lovable Pokémon or the glorious vocal stylings of Ryan Reynolds, the latest trailer for Detective Pikachu is all kinds of adorable, which is impressive given the track record of films based on video game properties. Could this be the one to break the curse? It certainly helps that the film hails from director Rob Letterman, who made the underappreciated animated feature Monsters vs Aliens, among other films that have been genuinely entertaining for both kids and adults. The movie follows Pikachu and a human pal as they investigate a mystery in the massive metropolis where people and Pokémon live together.

After the big let-down of X-Men: Apocalypse, the X-Men franchise is in dire need of a win with Dark Phoenix. The film takes its name from one of the most beloved storylines in the team’s Marvel Comics history, much like Apocalypse and Days of Future Past before it, so it has a lot to live up to. Although the latest trailer falls a little flat, it does offer some cool action sequences (including one that features the always entertaining Quicksilver), and what appears to be a pretty major spoiler: The death of a long-standing, popular character.

The separation of church and state in the U.S. has become the focus of polarizing debate, and in recent years, those in favor keeping religion out of the government have found an unlikely ally in The Satanic Temple. This documentary chronicles the rise of the controversial religious group that has been challenging authority by insisting that all religions deserve to be treated equally in the eyes of the government. The trailer suggests that the film will do so with a blend of sincere exploration of how intertwined Christianity has become with the government and some fun moments with the people leading the Satanic Temple’s mission to become an active participant in the quest for social and political justice in the U.S.

The mob movie dream team of filmmaker Martin Scorsese and actors Joe Pesci, Robert De Niro, and Al Pacino reunite for this much-anticipated film that claims to tell the true story of the disappearance of labor union leader Jimmy Hoffa in 1975. De Niro plays the titular hitman Frank “The Irishman” Sheeran in the film, with Pesci expected to play a mob boss and Pacino playing Hoffa. Netflix won a bidding war for the project in 2017 and will give the movie a theatrical run in addition to its streaming debut in order to make it eligible for the Academy Awards. This brief teaser is our first glimpse of the film beyond a few unofficial set photos, but it doesn’t feature any actual footage, just some dialogue from the film.