Home / Blog / Amazon and Hulu Overlap Most on Films, Amazon and Netflix on TV

Amazon and Hulu Overlap Most on Films, Amazon and Netflix on TV 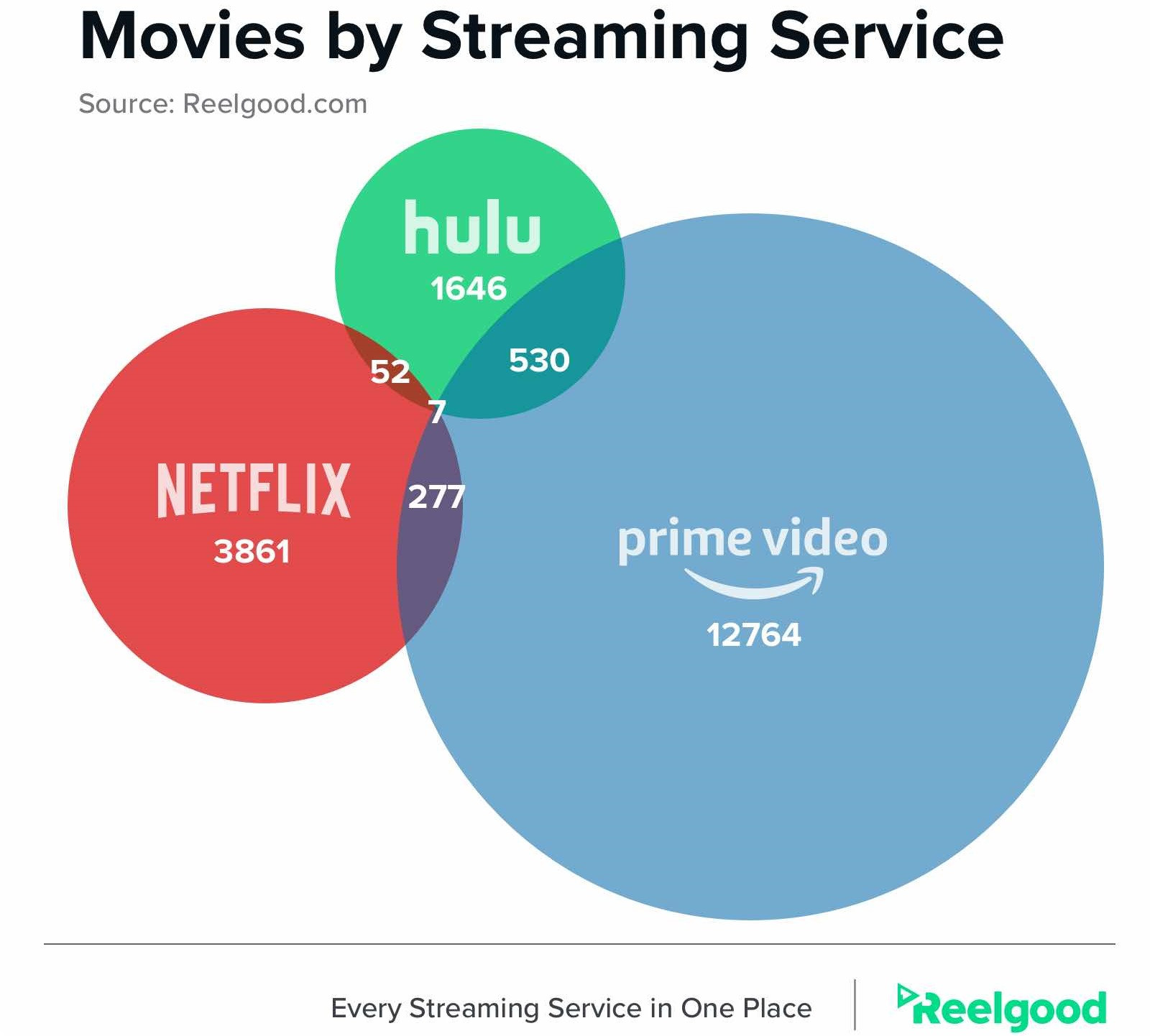 In its latest deep dive into the video streaming services, Reelgood—a service that's all about helping you find things to stream—looked at the catalogs of films and TV shows on Amazon Prime Video, Netflix, and Hulu. They'd already established that Prime Video has the largest catalog of titles among any streaming service, let alone the big three. But for this they wanted to see just how much overlap there was between the services. We can see it here in the magic of Venn diagrams.

On the day Reelgood looked, of the 12,764 movies on Amazon Video ($8.99 at Amazon)—and that's just the films included with a Prime account for "free"—a full 530 were also available on Hulu ($7.99 at Hulu). That's' almost one-third of Hulu's movie library. 277 of the Amazon selection were also on Netflix (Free at iTunes Store). The numbers dwindle more when you compare Hulu and Netflix: only 52 films in common. And across all three services, only seven films were available on each.

Basically, if you want the most massive catalog, you must subscribe to all three (plus HBO (Free at iTunes Store), Showtime, Crackle, etc.). Especially since these numbers are almost constantly in flux, especially at the beginning of every month: That's usually when networks and studios and other rights holders pull or add programming to the streaming services. (Since the last time Reelgood sent info, Amazon's movie catalog has gone from 10,731 titles to 12,764 titles! That's a lot of flux.)

Across the three, they shared 47 total TV shows. Which shows? One franchise I found on all three services was every permutation of TV Star Trek, from The Original Show all the way up to Enterprise. (You'll also find them on CBS All Access ($5.99 at CBS Interactive), which is the only place to find Star Trek: Discovery, for now.)