Home / Blog / Watch Videos as a Group on Facebook 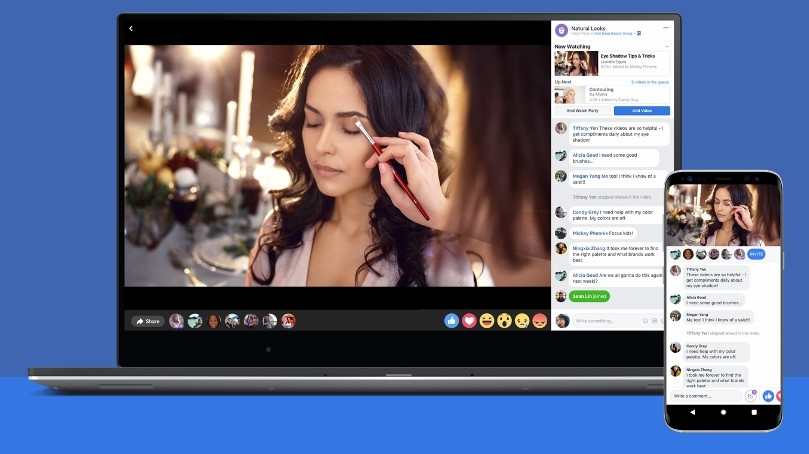 Facebook is launching Watch Party to all Facebook groups around the world, which lets you watch live and recorded video with others while simultaneously chatting.

Facebook is making the Watch Party feature it first announced in May more widely available.

Watch Party, for the uninitiated, lets you watch live and recorded video with others while simultaneously chatting. And now, it's available to all Facebook groups around the world.

"We've heard from group leaders that they're excited to use Watch Party for things like: hosting Q&As around particular hobbies such as cooking or crafting, sharing behind-the-scenes details of a video, swapping tips and tricks … with members in real time, learning new things like a workout technique or musical skills, and inviting special guests to join," Facebook Product Manager Erin Connolly wrote in a blog post. Now, they'll be able to.
Alongside this launch, Facebook is adding a co-hosting feature that lets a Watch Party host designate others who can add videos. Another new feature dubbed Crowdsourcing lets anyone in a Watch Party suggest videos for the host to add.

You can't yet start a Watch Party from your profile or directly from a video you're watching, but Facebook said it may offer those features in the future.
Facebook has been testing Watch Party for months and found that members often generate "hundreds or even thousands of comments while watching videos together," Connolly wrote. This spring, for instance, people used the feature to watch the Royal Wedding together.

"Some describe how this shared viewing experience can be used to bridge distance between close friends and family when they can't physically be together," Connolly wrote. "Imagine sitting down to watch a loved one's graduation video with your extended family when they couldn't be there in person, reliving a vacation by sharing videos and swapping memories, or even just hanging out with friends watching funny videos together."