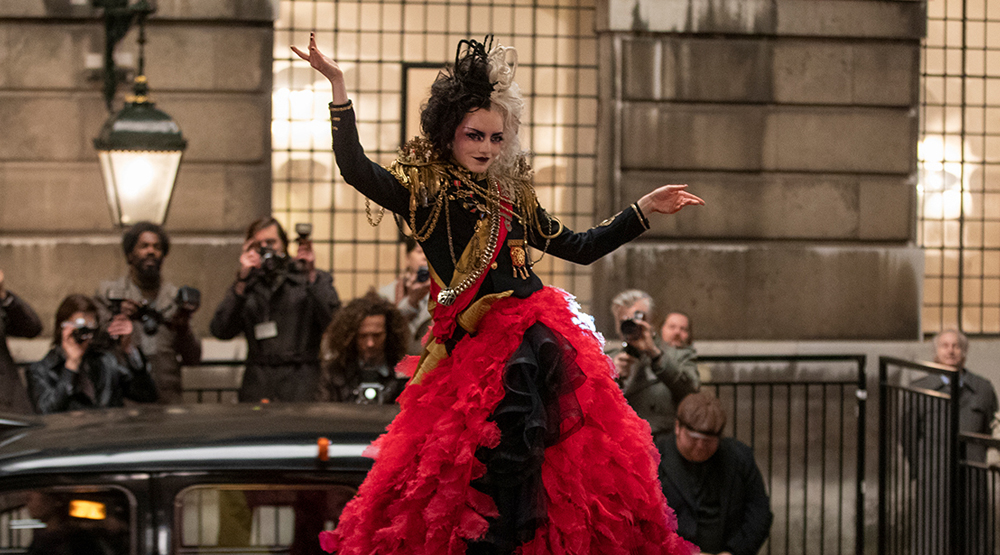 On May 28, the premiere of the Disney movie "Cruella" took place.

The film tells us about the girl Estella, inside of whom a flame of protest flared up, and even a 911 call could not help. Black and white hair, clashes with classmates at school are ways to express herself and show the world her soul. Estella dreamed of a successful career in 70s fashion shows, but her dreams turned to dust as soon as she realized that talent and kindness were not enough for this. Here, the second person hiding inside the girl comes into play - the reckless Cruella DeVille.

The main role is played by Emma Stone. She undoubtedly managed to accurately embody the director's idea. Cruella came out multifaceted and a little confused in herself.

Emma Thompson played Estella's stinging boss in the film. A toxic lady passes off the girl's sketches as her own, belittles and influences the awakening of Estella’s alter ego.

The film is imbued with extravagance and shamelessness mixed with madness. The bright outfits of the actors catch at first glance, here the team definitely did their best.

Disney created a story that is understandable, but still different from the templates familiar to the viewer.