Netflix nabs global rights to Seinfeld, will stream in 4K for first time 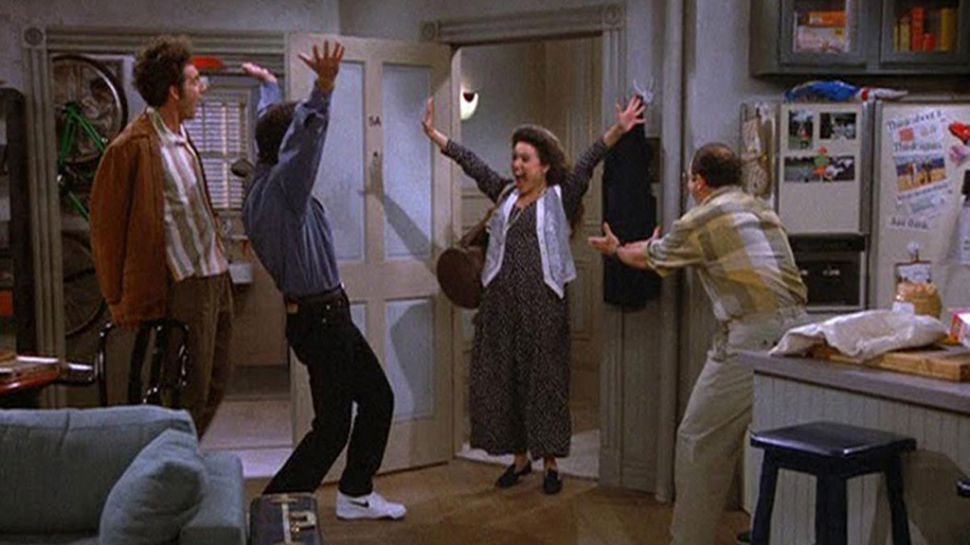 Having recently lost its long-held streaming rights to cult comedy favorites Friends and The Office, Netflix has reportedly coughed up some serious money in an effort to fill its newfound sitcom void, and has today secured the global streaming rights to Seinfeld in a landmark deal.

As reported by the Los Angeles Times, the deal will give Netflix global rights to stream Seinfeld for five years starting in 2021, which is when the show's current US agreement with Hulu expires. Hulu, which is now owned by The Walt Disney Company, paid $130 million for the show's US streaming rights in 2015.

While the amount Netflix paid for the Seinfeld rights has not been disclosed, industry insiders have suggested it's "far more than the $500 million NBCUniversal paid for The Office, and the $425 million WarnerMedia shelled out for Friends."

It's worth noting that those amounts were paid for each show's US domestic streaming rights alone, while the Seinfeld deal will presumably apply to the over 190 countries in which Netflix is currently available.

You are soooo good looking

When Seinfeld originally aired on network television, it was presented in the 4:3 aspect ratio and in standard definition. However, when the show eventually made its streaming debut on Hulu, it was remastered in HD and presented in widescreen.

Now, Netflix is taking things one step further, announcing that the entire Seinfeld series will be presented on the service in 4K.

In a statement about the deal, Netflix’s chief content officer Ted Sarandos said “Seinfeld is the television comedy that all television comedy is measured against,” and that “It is as fresh and funny as ever and will be available to the world in 4K for the first time.”

We look forward to seeing how shirtless George Costanza scrubs up in Ultra HD when Seinfeld arrives on Netflix in 2021.

One thought on “Netflix nabs global rights to Seinfeld, will stream in 4K for first time”