Home / Blog / Facebook’s Libra Cryptocurrency Could Take Over the Dollar: What You Need to Know

Facebook’s Libra Cryptocurrency Could Take Over the Dollar: What You Need to Know 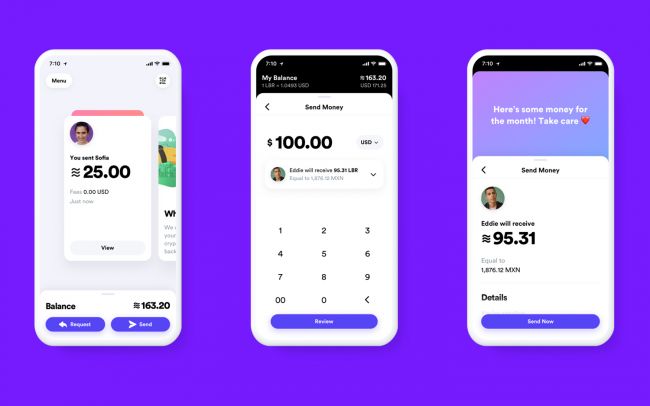 Facebook’s Libra will be a cryptocurrency supported by Visa, Mastercard, PayPal, Uber, and many other members of a non-profit organization.

The rumors were right: Facebook has confirmed Libra, a cryptocurrency that will let you to purchase products and services. But while other crypto currencies are not widely used, Libra actually has real potential to substitute the US dollar and any other currency in the world.

Here’s a guide to help you understand it.

What is Libra and what is the objective?

Libra is clearly aiming to become much more than a third-world country coin. Eventually, Libra could become even more universal than the dollar or the euro, transcending central banks and frontiers.

How does Libra work?

Like Bitcoin, Libra uses cryptocurrency. Unlike Bitcoin, the currency won’t be speculative, but backed by real money reserves, assuring that Libra actually has an intrinsic financial value.

When is Libra launching?

Libra (pound in Spanish) will initially start slow when it launches in 2020 — Facebook says that it imagines it will be used in developing countries by people with no access to financial institutions.

Who can use Libra?

First of all, Facebook has billions of users who will instantly have access to this currency to pay using Messages without having to go through any commission system. But it doesn’t stop there. Anyone will be able to use Libra using other tools like credit cards by third parties.

No. The strongest point to make it go wide and succeed in replacing currencies like the dollar or the euro, is that Libra has strong partners behind it. While Facebook has created the cryptocurrency, it has put it in the hands of a non-profit organization that includes Mastercard, Visa, eBay, PayPal, Stripe, Uber, Lyft, and a bunch of other service providers and venture capital companies.

What can I do with Libra?

Those partners — and given that lineup, it will gain even more rather quickly if it works as Facebook says — you will be able to use Libra to transparently pay services and products anywhere.

Facebook and the non-profit group behind Libra claim that it is a cryptocurrency built on a blockchain created with security in mind. By using cryptography and blockchain — a technology in which every device using Libra can vouch for the veracity of the currency owner and transaction — this means it’s secure by its very nature.

What do I need?

Any smartphone, tablet or computer will do.

Does it use a special app?

Libra will have its own wallet app called Calibra, which will be built into Messenger, Instagram, and Whatsapp. However, the company claims that it will also interoperate with other wallets. It will also have its own programming interface so app developers can hook into the Libra payment system.

Will Facebook use my transaction data to target ads?

The company claims that it won’t, which is why it has created a company called Calibra — like the wallet app — which will handle the crypto transactions. It says Calibra won’t mix these transactions with your social profile, so Facebook will not — in theory — be able to use transactions. In fact, it says that your identity will not be tied to public transactions. Of course, it’s up to you to trust Facebook. Stop laughing.

It will be interesting how people adopt this currency and how governments will react to it. If it can gain enough critical mass (and the trust that comes with all those high profile stakeholders), it certainly will transcend any form of cryptocurrency currently on existence — and can become a true global currency. On the other hand, given Facebook’s dismal security and privacy record, maybe people will be so eager so depend on it — which may be one of the reasons why Zuckerberg and his minions decided to put it in the hands of a non-profit.