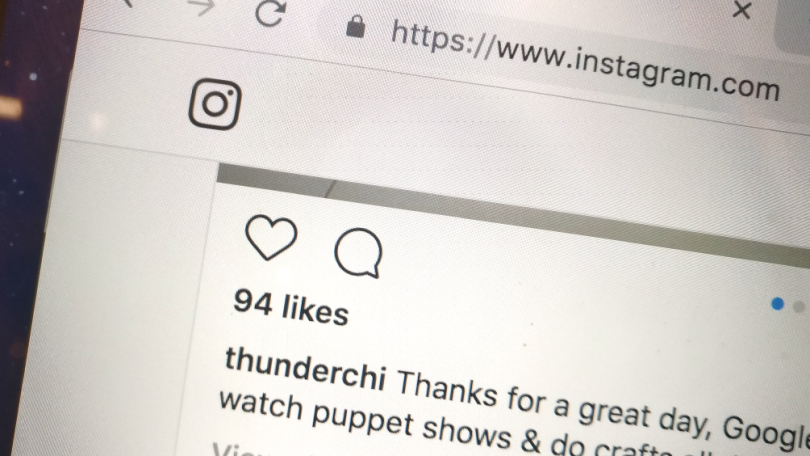 The Facebook-owned platform is also experimenting with downplaying the follower count on each person's profile page. 'We don't want Instagam to feel like a competition,' Instagram's head Adam Mosseri explained. 'We want to make it a less pressurized environment.'
To help protect your mental health, Instagram is experimenting with hiding the like counts to photos and videos.
"It's because we want people to worry a little bit less about how many likes they're getting on Instagram and spend a bit more time connecting with the people they care about," said Adam Mosseri, head of Instagram, while speaking at Facebook's annual developer conference.
The experiment will begin later this week in Canada, according to BuzzFeed. Only the original author of an Instagram post will be able to view the like count. But even then, the total count will remain hidden unless clicked on.

Everyone else will only be able to view which users liked a photo or video, but not how many likes the post received in total. To find that out, you'll have to manually count up all the likes and do the math.
In addition to hiding the like count, Instagram is also experimenting with downplaying the follower count on each person's profile page. "We don't want Instagam to feel like a competition," Mosseri explained. "We want to make it a less pressurized environment."
Mosseri announced the possible changes as past research has shown that too much social media use can be bad for your mental health. One reason why is because services like Instagram can compel you to compare your life with others, which can stir up feelings of anxiety and inadequacy.

At Facebook's developer conference, Mosseri also acknowledged that Instagram can become a platform for cyberbullying. In response, it's been experimenting with new features, such as comment filters, to help combat the problem. Another idea involves "nudging" users to tone it down when they've just posted an inflammatory comment. "So if you say something aggressive, we'll give you a light nudge to rethink that," Mosseri said.