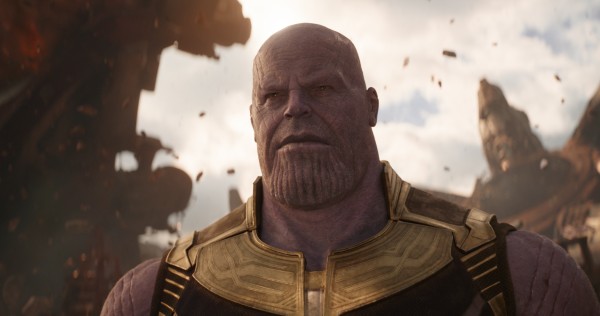 If you’re looking for some solid superhero action, Netflix has got you covered. While it’s missing a large part of the Warner Bros. lineup, for the time being it’s got a relationship with Disney, which has led to a chunk of MCU movies making the list along with a few other titles from other studios. As the superhero genre has grown and evolved in the last fifteen years, these movies provide a glimpse at where the genre has been and where it might be headed. And if you’re not interested in that, there’s still good guys beating up bad guys, so that’s nice too.

Although it doesn’t quite reach the high bar set by the original, Incredibles 2 remains a completely delight from start to finish. Writer-director Brad Bird breaks the narrative into two plotlines, one following Elastigirl (Holly Hunter) as she attempts to restore the good name of the Supers, and a second following Mr. Incredible (Craig T. Nelson) as he attempts to raise the kids. Although the Elastigirl plotline has all the colorful action thrills we want from a superhero movie, the film reaches a whole new level as Mr. Incredible struggles valiantly to raise a hyperactive Dash (Huck Milner), an angry Violet (Sarah Vowell), and a Jack-Jack who is bursting with superpowers. Pixar has been uneven with its sequels, but Incredibles 2 is easily a success for the animation powerhouse. – Matt Goldberg

Ant-Man and the Wasp

Ant-Man and the Wasp is kind of perfect for Netflix because it’s a great hangout movie to just have in the background. The stakes are incredibly low for a Marvel movie–it’s about preventing a lab from being stolen so that Scott (Paul Rudd), Hope (Evangeline Lilly), and Hank (Michael Douglas) can rescue Janet Van Dyne (Michelle Pfeiffer) from the Quantum Realm. Loads of hijinks ensue, and it’s just a light, fun movie that’s not too demanding. If you choose to watch Avengers: Infinity War, Ant-Man and the Wasp is the perfect palette cleanser. – Matt Goldberg

Christopher Nolan’s Batman movie was a game-changer when it hit in 2008 and it remains as exhilarating and genre-busting as ever. The sequel sees Batman (Christian Bale) truly tested when confronted with the havoc wreaked by The Joker (Heath Ledger). Although it may not be a movie that truly “gets” Batman (he repeatedly risks getting sidelined by the supporting cast), as a story about the War on Terror done in the mold of a blockbuster, The Dark Knight is unparalleled. Ledger’s Oscar-winning performance is just as electrifying and unforgettable as it was when the film was released, and the film leaves its audience with no easy answers. It’s a masterpiece. – Matt Goldberg

The Thor franchise had stagnated somewhat, but in the interim, Marvel apparently discovered that Chris Hemsworth is hilarious, and with that in mind, they handed the reigns over to the unique voice of Taika Waititi who made a bonkers, cosmic sci-fi movie the leans hard into the silliness of Thor’s world and still manages to find some time for pathos before running to the next joke. This time around, Thor (Hemsworth) must fight to reclaim Asgard from his evil sister Hela (Cate Blanchett) after being sent to the battle planet of Sakaar where he teams up with the Hulk (Mark Ruffalo) and Valkyrie (Tessa Thompson). No Marvel character has done more of a 180 than Thor, but it was the benefit of the franchise and the superhero where the script played to Hemsworth’s strengths rather than just leave him handsome and taciturn. Thor: Ragnarok is a blast from start to finish with an eye-popping color palette that will make you consider springing for the 4K Blu-ray after you finish watching on Netflix. – Matt Goldberg

Arguably one of the most daring adaptations of a superhero story, director Zack Snyder stuck fairly close to the source material for his vision of Watchmen. Like Alan Moore’s seminal graphic novel, the story takes place in an alternate 1980s where Nixon is still President, the world is on the brink of nuclear annihilation, and it’s up to a small group of disgraced superheroes to try and save the day. As bleak and desolate as it’s always been, Watchmen has a lot of love for its comic origins, and Snyder’s faithfulness is fascinating as he tries to take a comic that was critiquing other superhero comics and tries to make it into a superhero movie just as superhero movies were starting to take off. Even if it stands as an odd outlier in today’s superhero landscape, Watchmen is still worth a watch. – Matt Goldberg

Guardians of the Galaxy, Vol. 2

The first Guardians of the Galaxy was a big swing for Marvel, but it paid off huge, and it gave writer/director James Gunn the freedom to make an even weirder and oddly more personal movie. Guardians of the Galaxy, Vol. 2 is more of a hangout movie where Star-Lord (Chris Pratt) meets his father, Ego (Kurt Russell), a living planet. But while other Marvel movies are heavily plot-driven, Guardians 2 is very much a character piece about families and the bonds that connect or drive them apart. It’s a film that’s surprisingly emotional while still being hilarious from start to finish. – Matt Goldberg

No Marvel movie has been overtly political or socially conscious as Ryan Coogler’s thoughtful and thrilling Black Panther. Picking up after the events of Captain America: Civil War, the movie has T’Challa (Chadwick Boseman) reckoning with what it means to be a king for Wakanda and if his country’s isolationism is to its benefit or the world’s detriment. His throne and his views are confronted with the arrival of Erik Killmonger (Michael B. Jordan), who sees the solution to Wakanda’s isolationism as imperialism and domination. Coogler skillfully embeds these ideas into a rollicking superhero tale that never loses sight of the humor or set pieces that Marvel has become known for. It’s a rich, exciting movie that’s deserving of its many accolades. – Matt Goldberg

If you think that Hellboy veers too far away from Mike Mignola’s source material, that’s a fair criticism, but keep in mind that Guillermo del Toro’s movie came out in 2004 before creators were being granted a lot of freedom with their characters, especially one who wasn’t a household name like Superman or Spider-Man. Hellboy tries to walk the line between del Toro’s passion project and a standard superhero film that tells the story of a demon (Ron Perlman) who behaves like a working stiff whose job just happens to be saving the world from paranormal threats. While the sequel, Hellboy: The Golden Army, feels more fully realized and detailed, there’s still a lot to like with the first film. – Matt Goldberg

The biggest Marvel movie is also oddly one of its most rewatchable. The culmination of all three phases of the MCU, the story sees Thanos (Josh Brolin) collecting the six Infinity Stones so he can put them in the Infinity Gauntlet, snap his fingers, and wipe out half the population in the name of resource conservation. But while Thanos provides the main plot of the movie, the thrill of Avengers: Infinity War is getting to watch different heroes bounce off each other like Thor interacting with the Guardians of the Galaxy or Iron Man (Robert Downey Jr.) getting into a pissing contest with Doctor Strange (Benedict Cumberbatch). Although it has one hell of an ending and is still only half the story, Infinity War is immensely entertaining even if you feel a bit exhausted afterwards. – Matt Goldberg