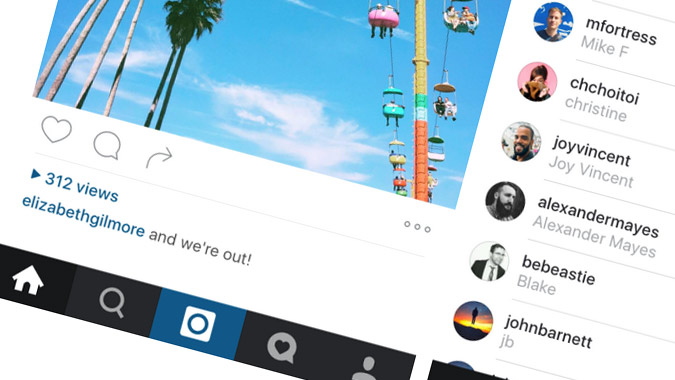 Instagram is in the midst of a lot of changes right now, but one it's rolling out today may be music to some users' ears.

The photo sharing platform announced it's going to let everyone capture 60-second videos. The new minute limit goes into effect today, and everyone should have it in the next few months.

Insta's videos limit was 15 seconds up till today. While those videos were more than a quick Vine hit, it didn't allow a ton of time to let true creativity flow.

Instagram says the time people have spent watching video on the platform has ballooned by more than 40% in the last six months, part of the reason it wants longer clips to keep eyes glued to its feed.

And if you have an iOS device, Instagram is bringing back the ability to stitch together multiple clips from your phone's camera roll to make a single video.

It's a good thing

While 60 seconds is a long time to fill if you don't really have anything to show or say, I'm excited for the possibility of longer messages from other users, tutorials and closer looks at devices, like the iPhone SE techradar shot for our Instagram during Apple's event last week.

Instagram should look to adding editing features to its videos as users may be discouraged from filming - or watching - one-take 60-second videos. Multi-clip is an editing tool of sorts, but Instagram (and Facebook, for that matter) should look into more robust editing tools.

We could be in for these before long, as Instagram teased the new 60-second video limit is "one step of many you'll see this year."